I'm using K1000 to edit a single registry value on machines running 7.2. I have the script set up for testing currently, targeting a single testing machine. I have attempted running it as both Local System and giving it domain admin credentials. It is set up to be able to run without a logged-in user. The task is set up as follows: 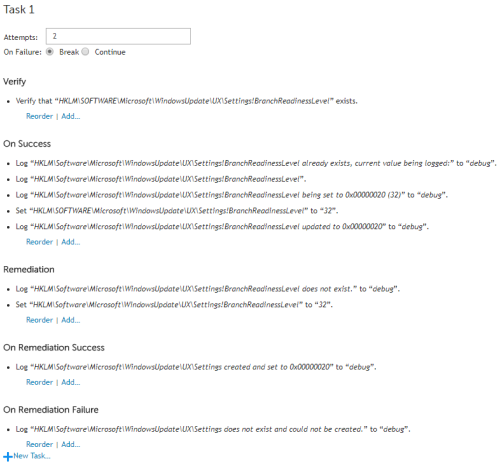 The issue that I am having is that the registry value is not changing. It defaults to 0x00000010 (16), and remains there. It does not update to 0x00000020 (32). I have attempted running with data set to both "32" and "0x00000020", and the change does not take with either one.
EDIT: I have attempted to run this using a registry file and batch file. This solution is tested and works when the batch file is stored locally on the test machine and the registry file is on a network drive that is accessible. However, running the same batch file through KACE does not succeed. 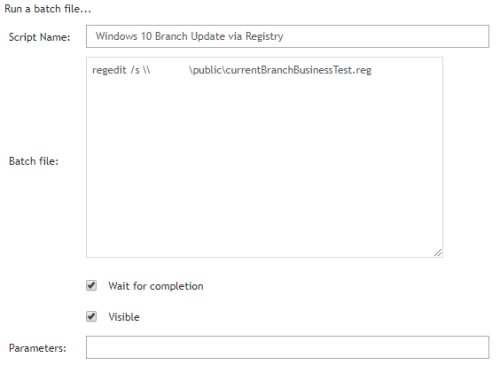 Please log in to answer
Posted by: CandyBee 3 years ago

After some further research into the issue, it was discovered that KACE defaults to a 32-bit registry editor. Given that the targeted systems are all 64-bit versions of Windows, an edit was made to the initial KScript to instead target HKLM64\ and this resolved the issue.
Answer this question