Can't Capture Mac Image in K-image Format, But Can in ASR?

I'm trying to capture a Sierra image, but it fails after 30 seconds or so with "[error] Failed to complete successfully". There is no other relevant information provided. However, if I check the box labeled "Capture Apple ASR format images", I can successfully capture an image (which is, in turn, successfully deployable).

My understanding, however is that ASR is just one big zipped package, and can't be edited after capture, and takes up the full amount of drive space corresponding to the size of the image, whereas the K-image format is at least partially editable after capture, and does de-duplication, saving potentially lots and lots of storage space on the K2000. (You capture an ASR image of three Macs, each image being 20 GB, and you're using 20x3=60 GB of space on the server; do the same with a K-image format and your second and third images, being similar to the first in say, 90% of the files, might only be a couple of GB in size, for a total of 20+2+2=24 GB of space on the server. (These numbers are made up, but demonstrate the concept, hopefully.))

So I'd like to use the K-image format. But it fails.

It seems odd that it would be the latter, since at Capture time you're given a choice. Why be given the choice if one of the choices doesn't work?

Please log in to answer
Posted by: kpm8 5 years ago

that's because it is not supported yet. 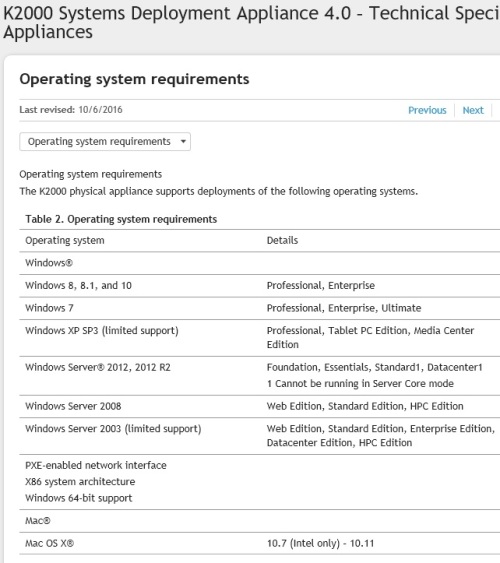