Practical Use of PowerQuest Drive Image

In Chantilly, Virginia the Women's Club fitness center has a three room nursery that contains three computers for the children to play educational games on. The problem was, the nursery staff was not experienced enough with computers to be able to fix the many problems that these computers would cause them. Several of the common problems they faced were due to improper shutdowns of the computer, resulting in corruption of application and system files. A rebuild was the only way to correct this problem, but it would take someone hours to rebuild the machine and reload all the software when there was someone around who was able to do so. 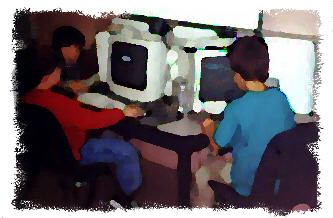 had problems, a quick reimaging of the computer's hard drive  would solve any software related problem they could be faced with. The three machines they had were all identical in hardware, so one image would solve the problems of any of machines in the nursery.

We took one of the computers and reloaded it from scratch. Windows 98 and several children's games were installed. Using Microsoft's TweakUI from the Windows 98 resource kit power toys collection, the Windows desktop was modified to hinder children from accidentally getting into things they shouldn't. Once everything was installed and all the latest drivers and updates were applied, we installed Drive Image to begin the imaging process.

It didn't go quite as smooth as we had hoped. For one thing the computer only had one drive and one partition. Luckily we had Partition Magic to create a second partition of sufficient size to store the image file to be created, this is a must as you cannot create an image of a drive and store the image file on the same partition. The image turned out to be bigger than the 650 megabytes we wanted to store on a CD-R, so we created a second image and this time we specified that the image be broken up into 650mb pieces within the advanced user options. We got the image burned onto two discs, labeled them and then used Drive Image to create boot disks for the process.

The software creates two boot diskettes, one to boot the machine and load the necessary drivers (in our case a CD-ROM driver) and a second which contained the DOS application which would perform the application of the image. There were already two CDs involved and we wanted to keep things as simple as possible for the nursery staff who would be performing the image loads. After some playing we were able to fit the system files (so the disk would be bootable), the CD-ROM driver (so the image could be read from the CD), and the Drive Image application onto a single floppy.

We were then disappointed to find that the command-line support for the Drive Image application was very limited. It was hoped that 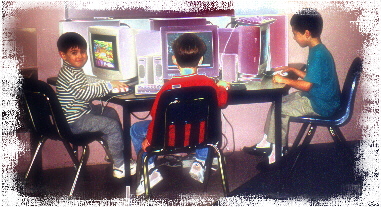 because the task performed would be identical each time, the boot disk would be able to specify the options desired, leaving the nursery staff to only add a second CD when prompted. Instead we created a list of options to choose through the mouse driven menus that initiate the loading of the image.

In the beginning it was hopped that a bootable CD would be able to perform the application of the image with no interaction, but due to the limitations of the product's command line support and the size of the image itself, this goal was not possible to meet with the added limitation of needing an inexpensive solution. In the end the Women's Club nursery has a solution which is relatively simple to perform, and which for under $100 per computer, is saving them from problems they would otherwise be unable to solve on their own.

Ninja since: 14 years ago