Scripting powershell in Windows 10 not working

Hello All,
I have been racking my brains lately trying to get a script to remove OneNote from Windows 10.  However, no matter how hard that I try (even with instructions from Quest), I can't get the script to uninstall OneNote.
Below is the page that I am referencing:
https://support.quest.com/kace-systems-management-appliance/kb/138389
The weird thing is that if I run the powershell script alone on the PC, it works.  If it is from KACE, it doesn't work.  I am working on the latest version of Windows 10.
Has anyone run into this issue?  If so, do you have any tips/tricks to figure it out?
Asked 4 years ago 2252 views
Admin Script Editor KACE Product Support Scripting Supporting Windows Microsoft Windows Microsoft PowerShell Microsoft Windows 10
3 Comments   [ + ] Show comments

Please log in to answer
Posted by: five. 4 years ago

1
If you go to inventory - software and find the OneNote in question, does it have an uninstall command? If you run that command does it work? That's usually how handle an uninstall through scripting. Here is an example of a script that uninstalls CiscoMeeting: 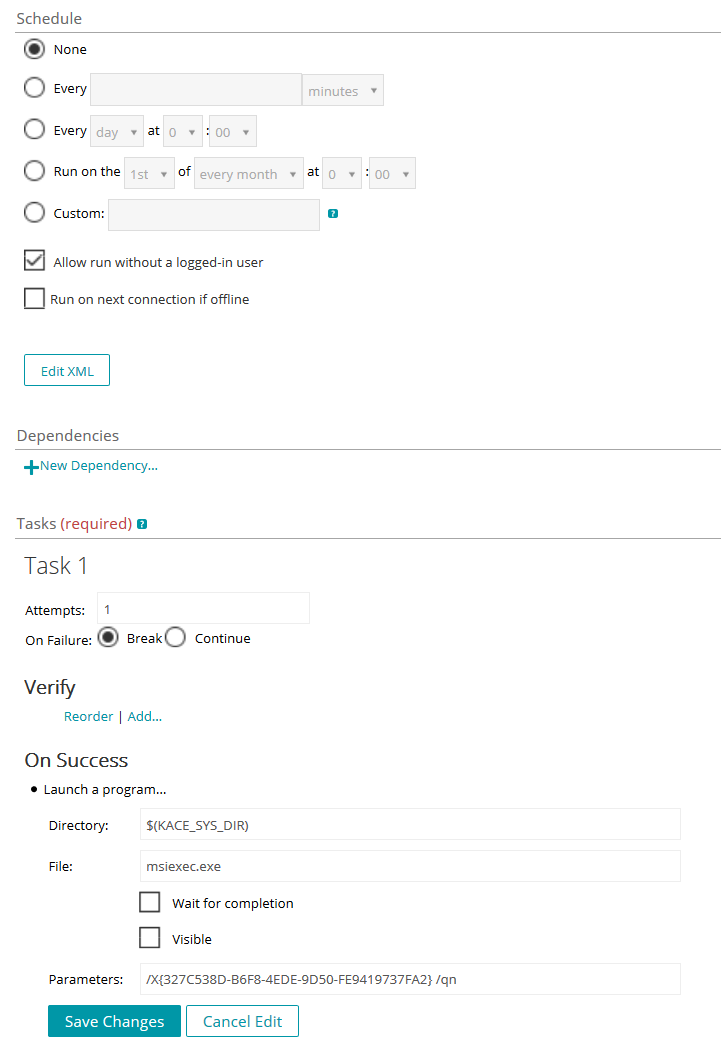 I do not have any examples that I've tested using the powershell method on the K1. I have used powershell on the K2 however with no issues. When I look on the K1, there is a script called "K1000 Enable Detailed DDPE Inventory" that has an example of a powershell script. Maybe you have that one and can check out the details of how it works.
Comments:
Answer this question