I have been trying to run a vbscript for several

Using the "offscrub.vbs" from Microsoft.

I have added it as a dependency to the k1.

Also use "launch a program " to call the script with

the following parameters... which are standard.......

Any ideas.....maybe I can launch it with a batch file.

But how do I do that?

I am trying to make a script to uninstall MSOffice 2010

and then install MSOffice 2013.

Also I can run the VbScript in windows 7

with a batch file with no problems. Just cant seem to do

note: make sure you put the double quotes around the file name 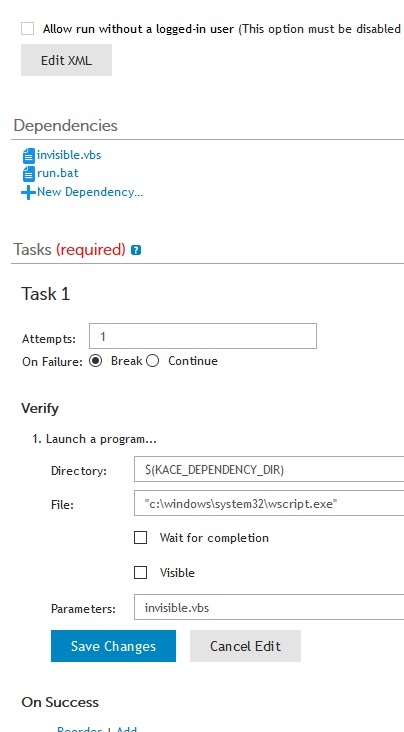