Hi,
Before I begin to explain the details of this issue, I'd like to state that I ran this managed install package a few minutes ago and it worked beautifully. Two days ago, the same exact package did not properly run. So I am very confused by that.

Over the last few weeks, I have tried creating a distribution package for a managed software installation in K1000. We are running version 9.0.270 of K1000. The problem I am faced with is the .bat file seems to not be properly executed. I think it has something to do with what user is running this file on the target machine. I have been told by many including kace engineers to use kscripts, which I do like using & usually work better, but I have clear instructions to do whatever I can to make this a software package. This particular program & it's past versions have been in K1000 over the last few years as software packages & they have worked without issue. It wasn't until an update was released last year I believe in June 2017 that I was required to create a new package with this updated version. There were no major changes to the .msi or switches that the .msi uses, no changes to the install process that I could see on my end. I've been in contact with one of the software engineers for this software & they have ran this .bat file that I created numerous times without issue. They were kind enough to glance over my software package too, everything seems great & should be working. While the help is great, I have been in the middle of kace engineers telling me it's the .bat file and software engineers telling me it's kace and I still can't seem to figure out where this problem lies. Here are the technical details:

Software I am trying to install: Pixie4 v.4.0.6 by Tech4Learning - (a licensed, glorified paint program)
Target machine OS: Windows 10 LTSB, all windows updates as of 10/21/18
The software package itself: The .zip file that I uploaded to K1000's software inventory contains a .bat file, the .msi installer from Tech4Learning, and a .lnk file that is the desktop shortcut for the software.
The contents of the .bat file (license X'd out for confidential purposes):
--
msiexec -i Pixie4.msi T4L_REG_CODE=XXXXXX-XXXXXX-XXXXXX /quiet
xcopy /C /Y "Pixie 4.lnk" "c:\users\public\desktop\"
--
This .bat executes properly when ran from an elevated cmd prompt. I have ran it from C:\programdata\quest\kace\downloads\(distribution #) with no issue as well as running it from other directories. I can run those 2 commands separately in an elevated cmd prompt and it will also execute properly. The software will install, activate, and the desktop shortcut will be added. So, I do not believe that the .bat nor the .msi are to blame.
My software package is setup as so: 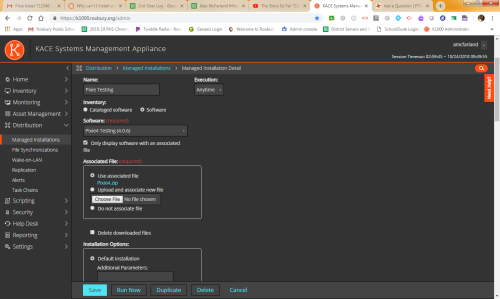 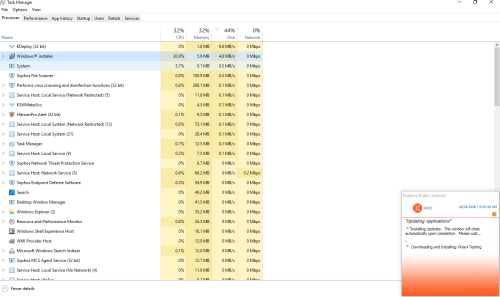 So as of right now on 10-24-18, the software package executed properly. The software is installed, licensed, and the desktop shortcut got added. 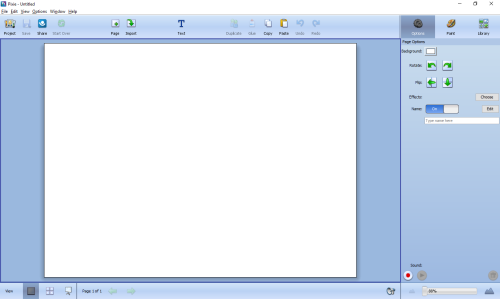 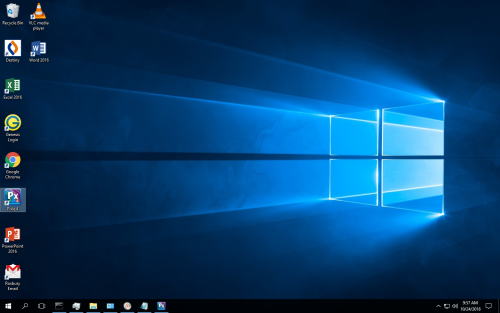 Two days ago, this was not the case. The software installed, but did not activate. The desktop shortcut also hadn't been added.
I feel that I've tried all combinations of testing\troubleshooting. I've isolated the package to just contain the .msi and the .bat file, I've taken kace completely out of the equation and ran the .bat on it's own, I've tried editing the .bat file\adding parameters on the managed install, and much more. I have tried running the .bat as a local system user (worked), a domain administrator (worked in cmd but not by double clicking the .bat file), I've tried running it with our KACEservice account (did not work). This should just continue working from this day on as I just watched it happen, right? Why did this not happen a few days ago, and the days prior to that where I have had this exact same setup? That I cannot explain or elaborate on, I honestly have no idea why it works today when it definitely did not before.

In conclusion, I was beginning to think the user running the package did not have sufficient rights. As of today, I guess that is not true? I am really not sure what is going on or why this drastic of a change occurred within a few days of not working on the package. I would like to think my work is done & everything is solved, however I worry that this is just going to stop working again come time for reimages in our district. This past summer, we upgraded all machines that were running Windows 7 to Windows 10. Even though they were redeploy scripted installs, this program in particular did not install back on correctly; It did not activate when it got installed back on by kace. I have gone through many support sessions with the publisher of this software thinking it was the new version or maybe something to do with Windows 10 was causing this issue but they have had no issue running it either. This is what their engineer sent me:

Sorry for the delay; I’m finally back up and running with a new code signing certificate in a fresh dev environment.

I recompiled the Pixie 4.06 installer with a fresh code signing signature, and I was able to run the Pixie install silently using the following from an elevated (administrative) command prompt:

As time runs on, I will need to have this package 100% working for my district and I just worry that I will run into this problem again. More so, I can't figure out what the problem is. I would really appreciate anyone taking the time to read over this and provide their opinion. I have only been using kace for the last 2 years or so and I am still quite a beginner, I hope I am doing everything correct.

Please log in to answer
Posted by: chucksteel 2 years ago

1
I can't quite tell from your screenshot, but it looks like your MI is set to use the default installation command. If that is the case, then the SMA will unzip your file and install the MSI without any options (no license code, not silent, etc.). Be sure to set the MI to install using a custom command, enter the name of your batch script, and check the box for "don't prepend msiexec.exe).
Answer this question

Ninja since: 2 years ago