I’m setting up a software distribution for Java 8 update 60 and am testing it on 2 computers.  So far it installs to one of the computers, G011135.

I can check the managed install tasks and the one computer where the install was successful appears, and the other one does not.  I was able to set up a managed install of Adobe Reader DC and it installed to both computers.

I'm guessing Java won't install to this missing computer and I have to somehow make it appear under the managed install tasks? 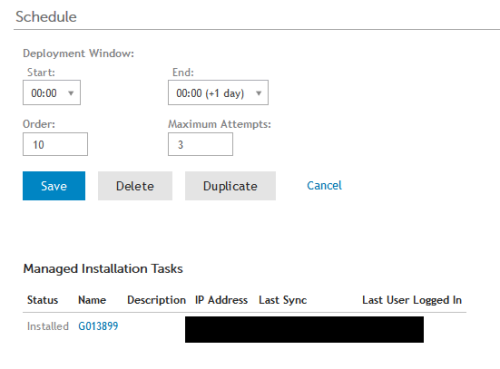